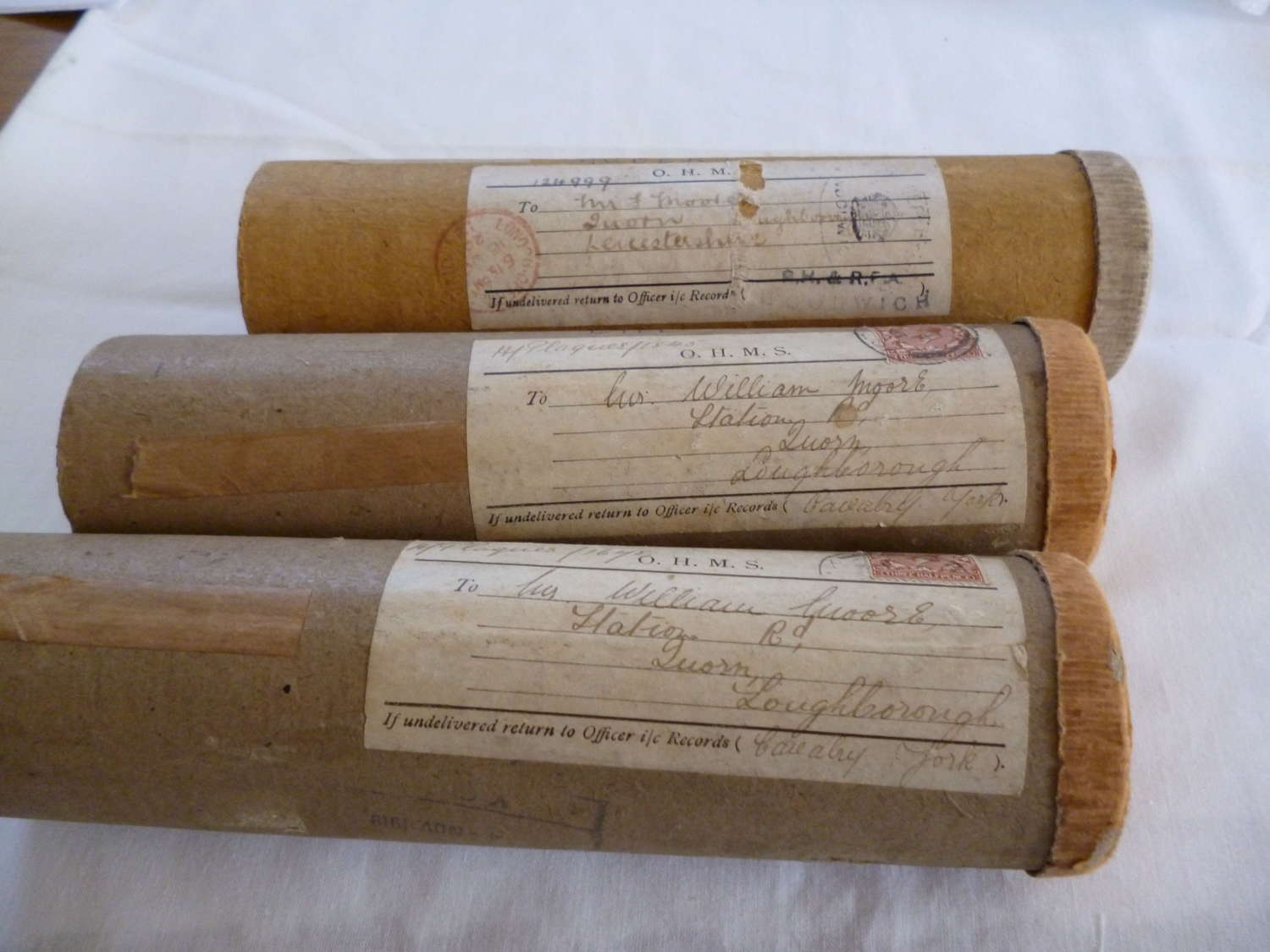 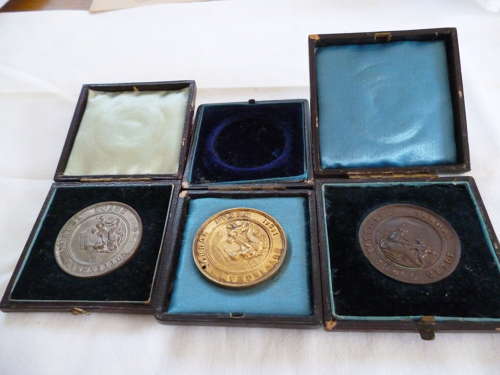 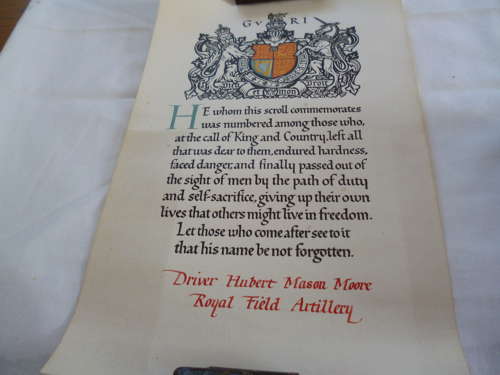 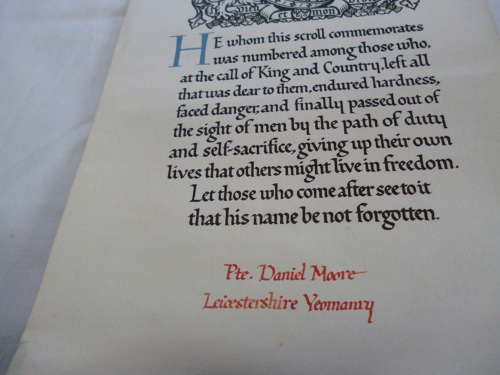 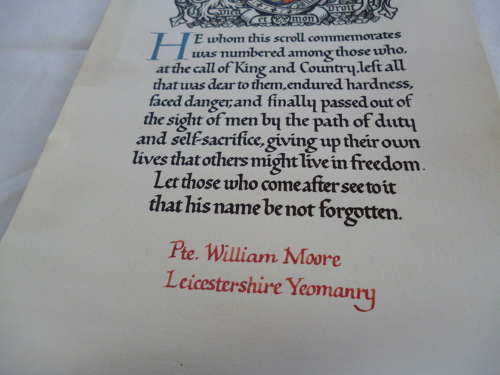 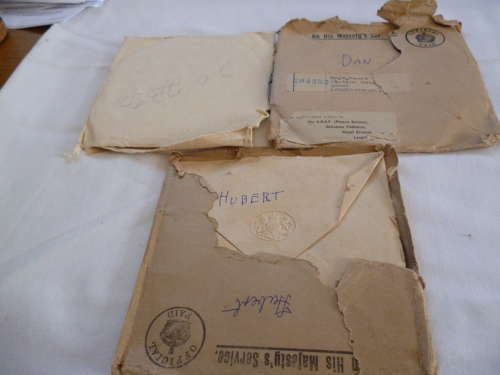 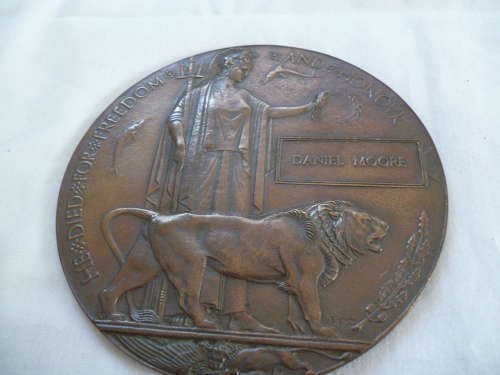 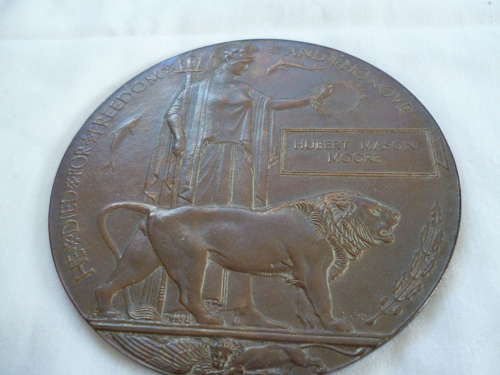 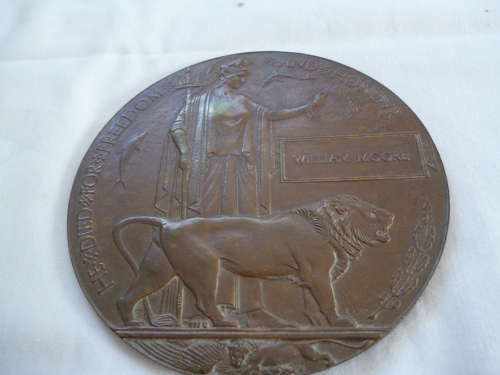 The EMmotive Great War Brothers set of three Memorial Plaques and Memorial Scrolls these issued to Private William Moore Leicestershire Yeomanrt, Private Daniel Moore Leicestershire Yeomanry,who were both Killed on the same day by the same shell. 13th May 1915 and the youngest brothe Driver M.M. Moore. Royal Field Artuillery who was Killed in Action 5th September 1918

Together with a Letter dated 5thMarch 1929 sent by the Imperial War Graves Commision to there father Mr W Moore Esq. 33 Loughborough Road, Quorm, LoughboroughLeicestershire Detailing the Fact that his body had had been discovered and identified