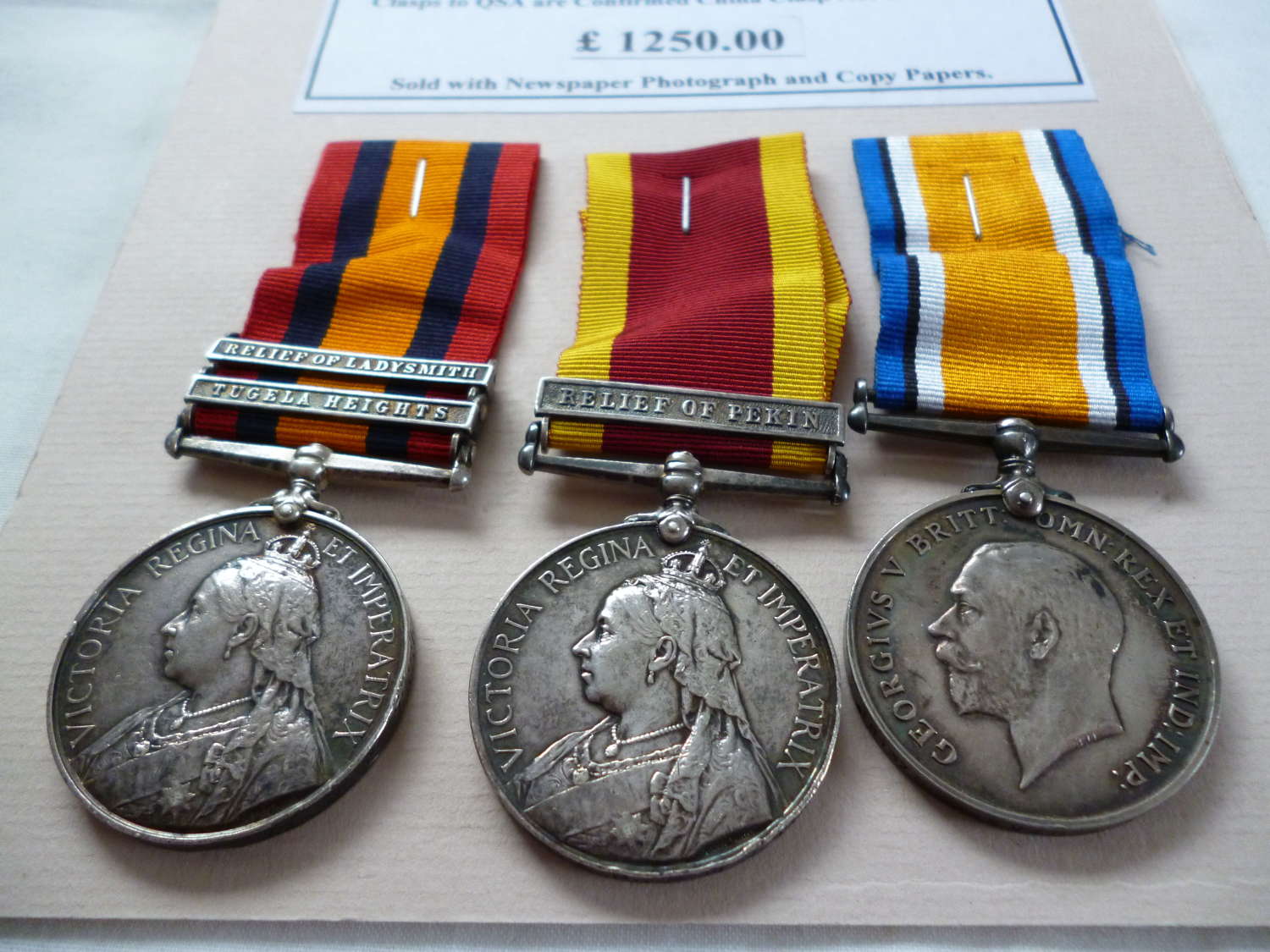 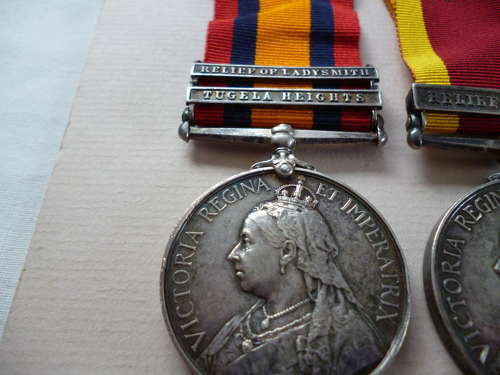 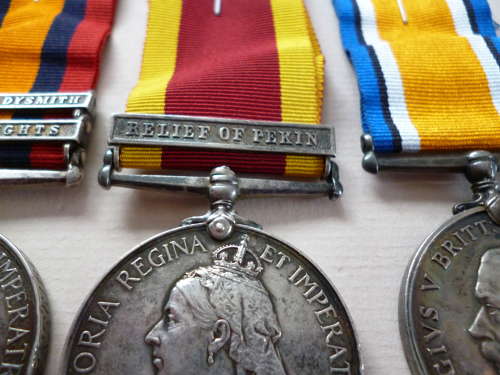 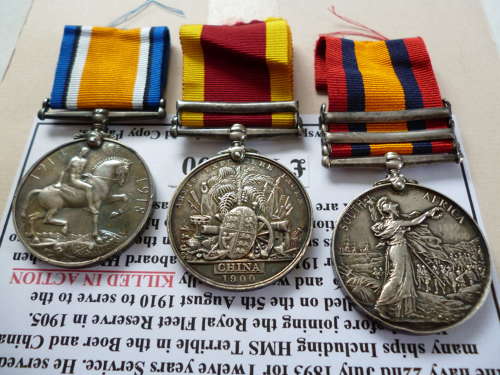 William Evans was born on 22nd July 1875 and enlisted into the navy in July 1893 for Twelve Years' service. He served on many ships including HMS Terrible in the Boer and China Wars before joining the Royal Fleet Reserve in 1905. He re-enrolled on the 5th August 1910 to serve to the 5th October 1916 and was eventually KILLED IN ACTION on the 13th December 1917 while serving aboard HMS Stephen Furness which was sunk by a submarine in the Irish sea. He also saw action in Gallipoli prior to his death Clasps to QSA are confirmed China Clasp not Confirmed.