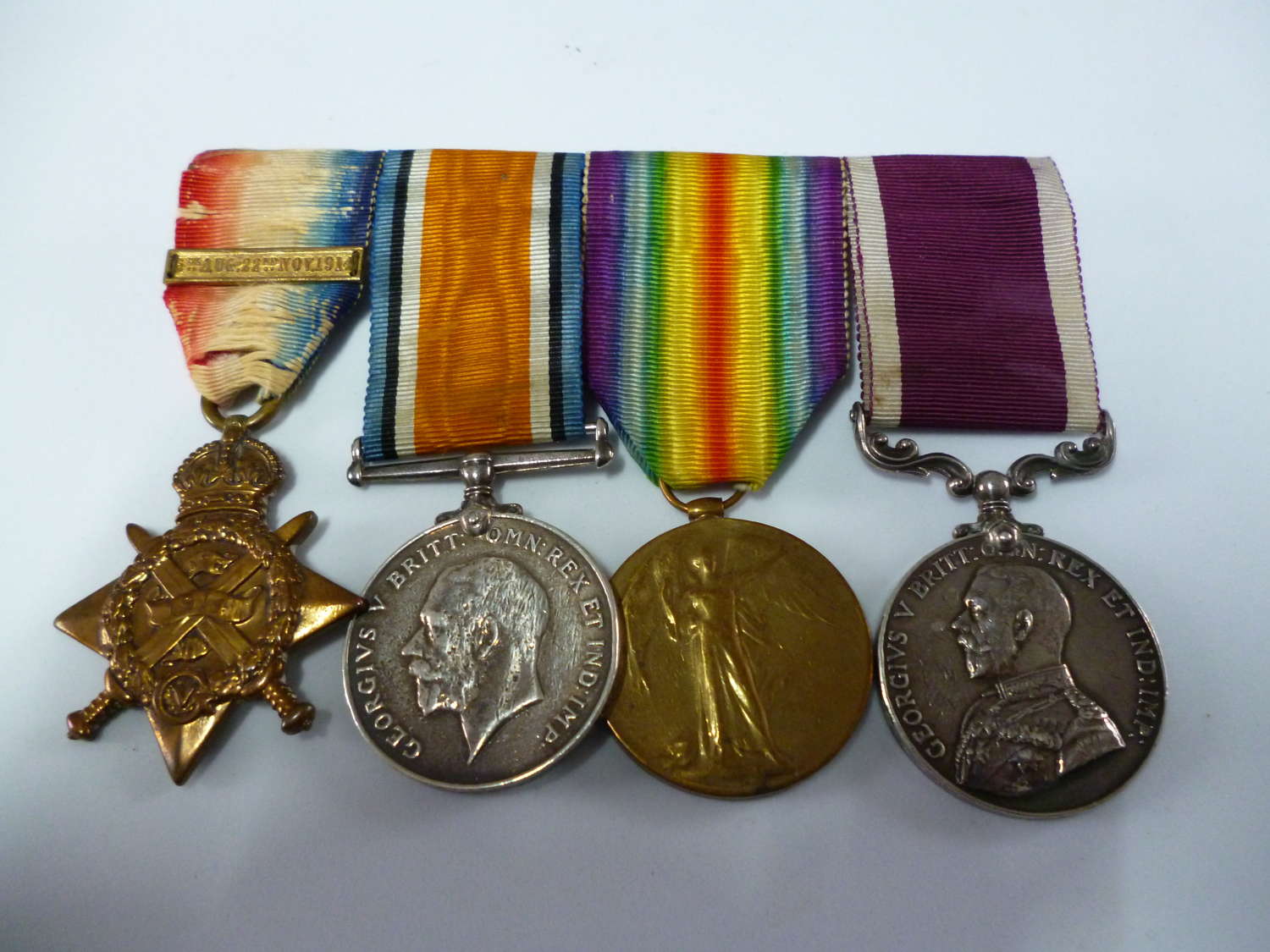 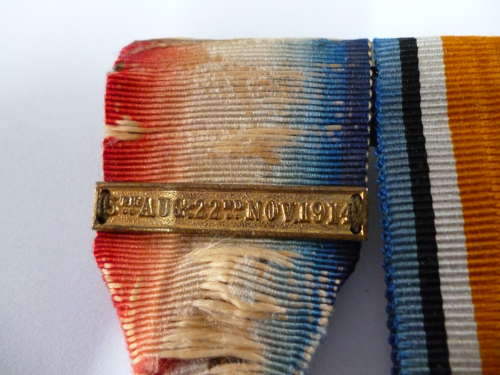 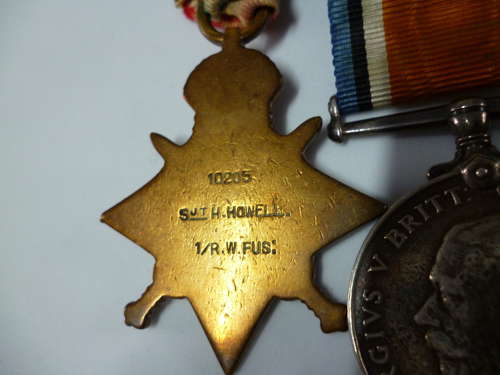 Herbert Howell was born in Wrexham in 1890. He enlisted in the Royal Welsh Fusiliers on 20 May 1909 and by the outbreak of the Great War was a Sergeant in the 1st Battalion. Serving in France from 6 October 1914 and had advanced to Dadizeele on 19 October 1914 (Ypres Sector). The unit formed up for the attack on Kleythoek on the Menin Road Crossroads. The advance began at 1130hrs under heavy shrapnel fire as the Battalion advanced across fields and up a gentle slope. The enemy began to retire and as the Battalion passed through Kezelberg and pressed on Kleythoek in short rushes, they came under rifle fire. The order received to withdraw came at 1240hrs. Casualties amounted to 3 officers killed and 5 wounded with 15 other ranks killed, 84 wounded and 11 missing.

The Germans launched their attack the following day, their advanced positions being only 100 yards from the Fusiliers, enemy artillery very accurate, many trenches being blown in as shells burst on the parapets, message received at 1530hrs to hold the line at all costs. Enemy entered our lines at 1800hrs, many of 'B' and 'C' Company being taken prisoner, the remains of the Battalion withdrew to a secondary line some 250 yards in the rear. Casualties sustained were 6 officers killed, 3 wounded with 37 other ranks killed, 80 wounded and 213 missing, the Battalion strength now down to 6 officers and 206 other ranks.'

It was in this period that Howell was wounded in the left femur. He was evacuated back home for treatment and then served with the 61st Royal Reserve Battalion from 23 December 1916 and was discharged unfit 28 October 1918. Howell re-enlisted, rising to Warrant Officer Class 2, with his L.S. & G.C. Medal being awarded in October 1929. Howell died at Ipswich, Suffolk on 4 September 1950