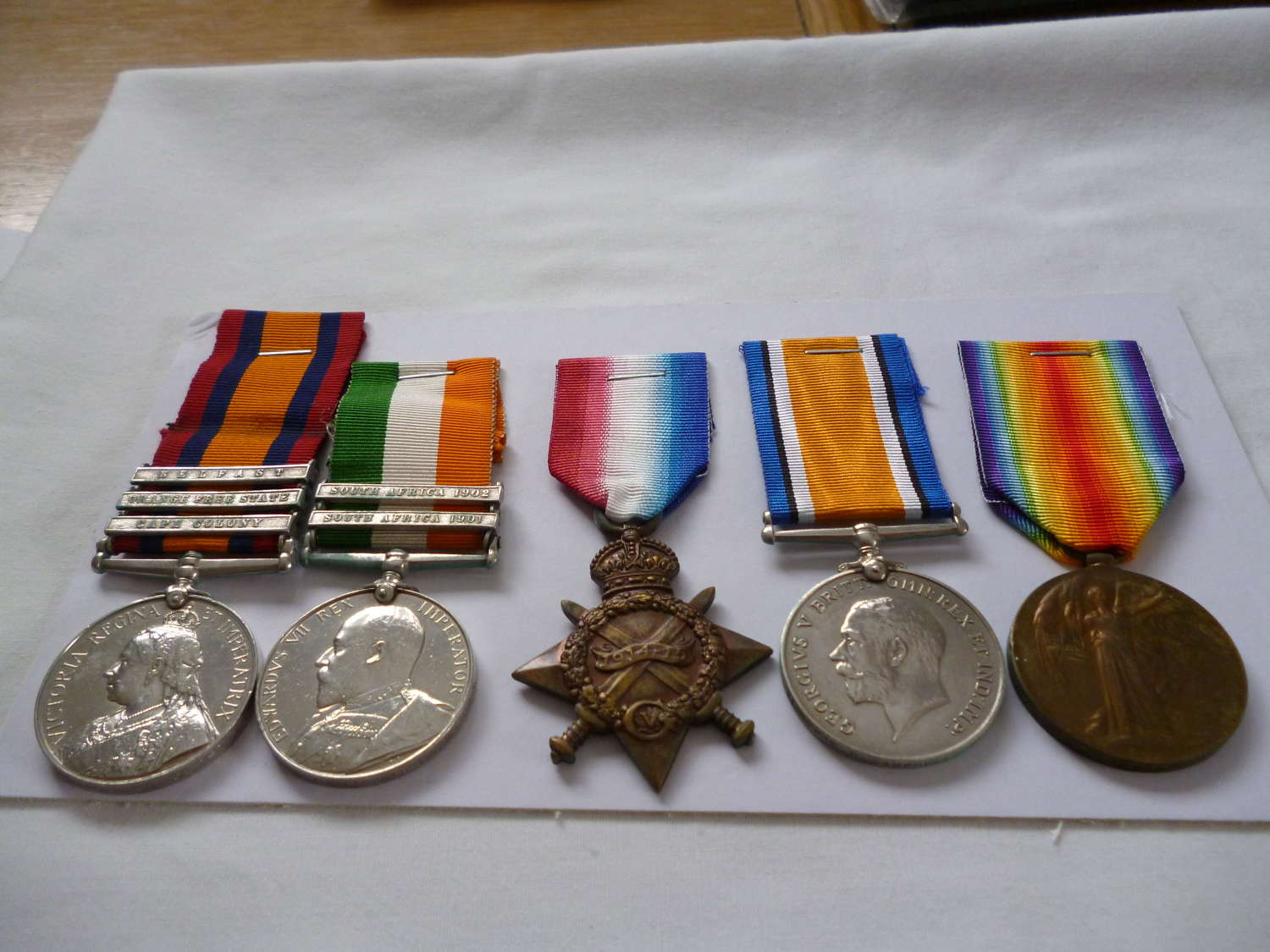 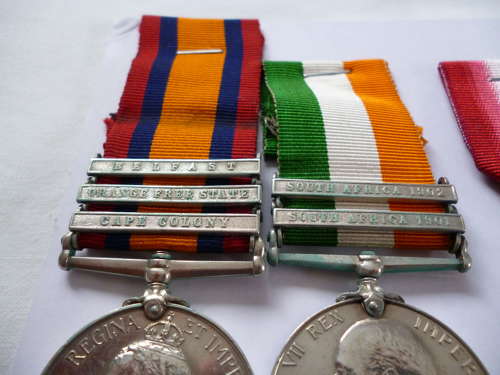 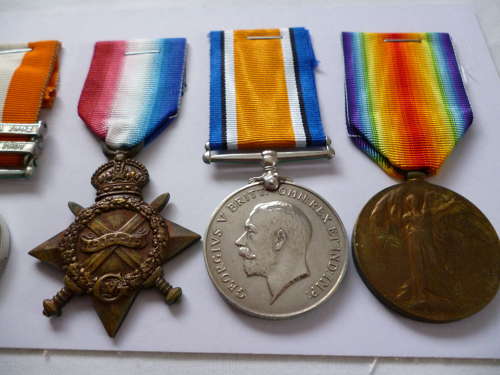 Robert Campbell was born at Galston, Ayrshire in 1876 and was a barman upon his enlistment in the Coldstream Guards at Sunderland on 26 June 1899, having previously served with the Highland Light Infantry Militia. Having served in South Africa from 23 May 1900-6 October 1902, he was discharged on 25 June 1911. Campbell served in France with the Royal Scots Fusiliers from 11 March 1915; sold together with copied service record and MIC