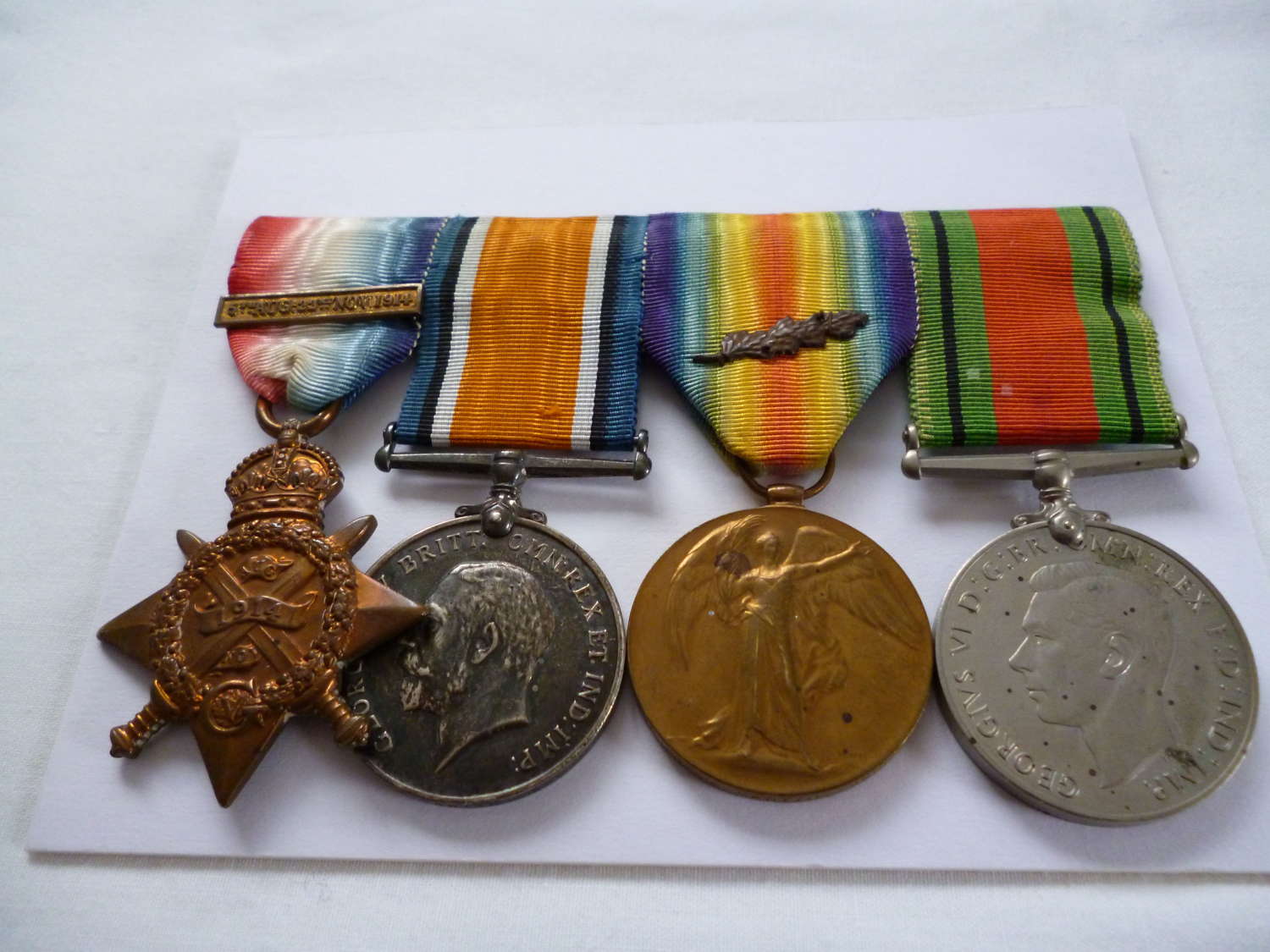 Peter Gallagher enlisted in the Irish Guards on 20 July 1909 and served with the 1st Battalion during the Great War on the Western Front from 13 August 1914. He was discharged, sick, on 7 February 1919 and awarded a Silver War Badge. He subsequently served with the Neath Borough Police Force during the Second World War.